There are always remakes of songs and movies and most the time the remakes suck. I am aware that Whitney Houston’s version of this song for the soundtrack of The Bodyguard was extremely successful and hit number one again after her death.  For me, in 1974 the ORIGINAL  Dolly Parton’s “I Will Always Love You” has been and will always be my favorite. This song was written by Dolly as tribute to Dolly’s longtime music partner the legendary country music star Porter Wagoner as she was setting out on her solo career.

So, for your viewing pleasure I present:

Dolly Parton with “I Will Always Love You” link to the video. 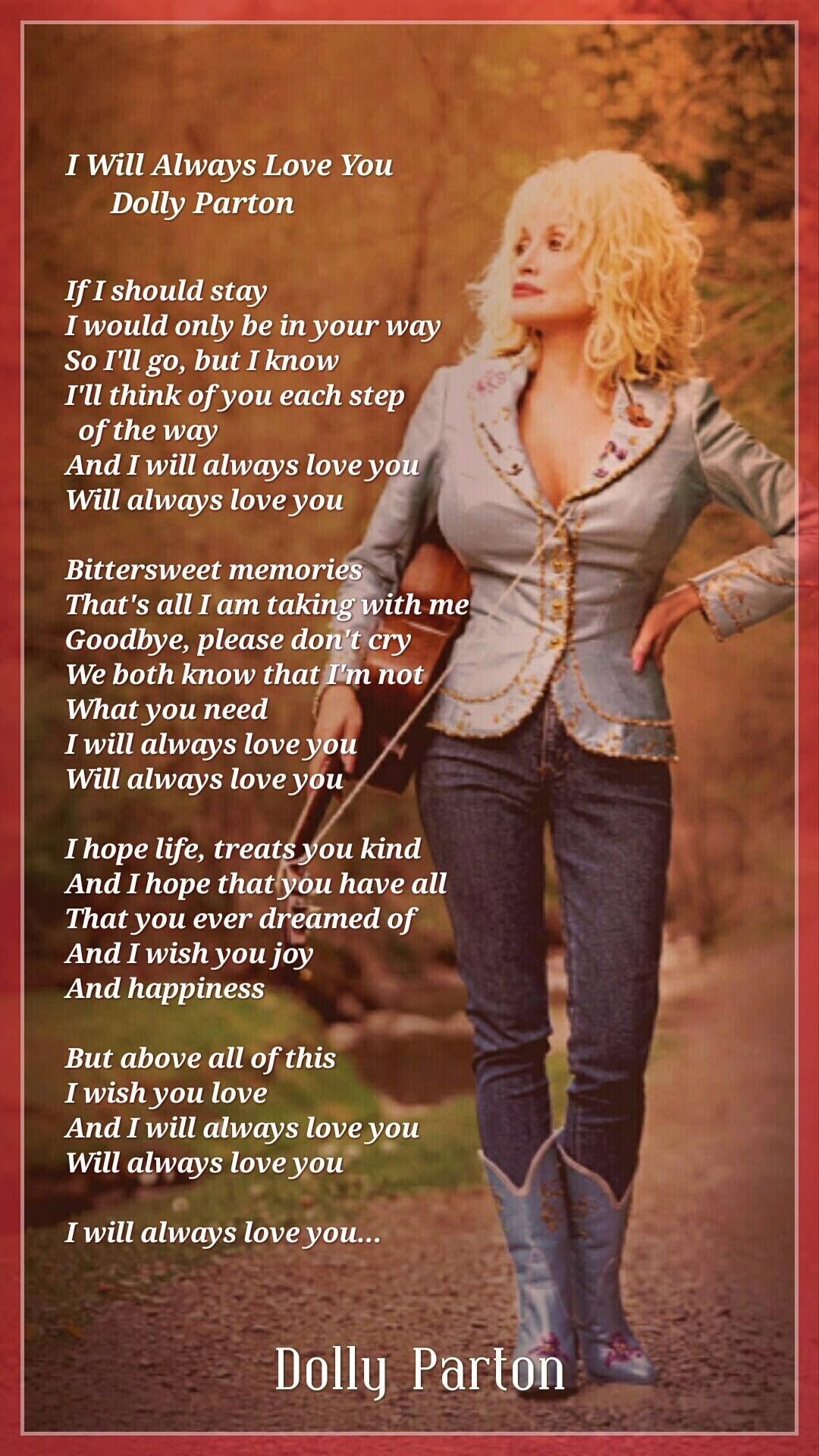 Just something I was thinking about . . .

Not trying to persuade you to think my way, but to make you think period.