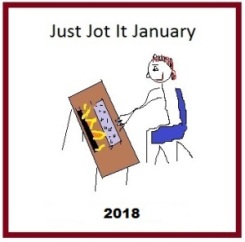 Throughout history in the United States there have been many movements in an effort to better the lives of all human beings. We have had the woman’s suffrage movement for voting rights for women; the women’s movement which still continues today to gain true equal treatment and pay for women in the workplace; the Civil Rights movement, which unfortunately continues today due to the efforts of bigoted – racists – xenophobes who want to take us back to the 1800’s, to gain complete equality under the law of the US Constitution and the US Declaration of Independence for all African Americans; the LGBTQ movement which also continues today to ensure equal rights under the law for those who identify as LGBTQ of which I am one; the Farm Workers movement to ensure better working conditions and pay for those migrant workers and our citizens who have labored in our fields forever; there have multiple youth movements over the years most notably with the nomination and election of Barrack Obama as the first African American president in our nation’s history in 2008 and then his reelection in 2012.

2016 found a different kind of movement – men’s, women’s and yes youth taking hold in America. Yet, it really was not that new as it had been taking place since the 1800s or before. The horrible anti-race movement had reared it’s ugly head because of one individual, who unfortunately in my opinion won the Republican nomination and eventually the presidency.

In 2018 and specifically 2020 the United States needs a stronger much different type of youth movement. The voting age in the US is 18 which in most states you can begin running for public office at the age of 18. The youth between the ages of 18 and 30 in the US must begin running for school boards, city councils and yes even state legislatures when they reach the available age. you see our country has one huge problem and that called the lack of TERM LIMITS in the House and Senate. Because we have individuals that have been in office for 30, 40, even 50 years who refuse to see the country for what we are. We are a country made up of descendants of immigrants who built our country. We are country of poor individuals who yes, may need help but not a lifelong handout – we must work harder at getting these folks the tools they need to get off the welfare rolls.

We are a country where as the Declaration of Independence states “All men (I insert individuals) are created equally . . .” and we must act as such. We have got to move past the hatred, the mistreatment of individuals based on the color of their skin, ethnicity, country of origin, sexual identification, age etc. In order to do that we need a new youth movement in every nook and cranny of this country to step up and say this is not how we run a country. Let’s get our heads out of our asses and do what is best for ALL CITIZENS of our country!!

This is what is in My Rattled Cage today!!