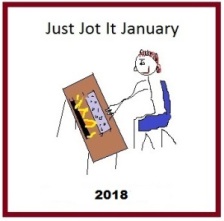 Prediction, everyone has a prediction about almost everything. In our election cycles we predicted who was going to be the winner and who was going to be the loser. Sometimes we get it right and sometimes we get it wrong. We predict what sports teams are going to win championships long before the championship series are played. We predict the Oscars, the SAG awards, the Grammys and even who’s going to win the reality shows.

When the current occupant of the White House took office I stated the following. I did not vote for the individual nor do I respect the individual but I do respect the office of the Presidency of the United States. With this statement I made three predictions, one he would be impeached, to he would have  us in World War III, and three – while I do not wish this on the country nor do I wish it on his family – he will be assassinated. Others have predicted he would just resign, that will never happen because he’s too narcissistic and it is all about him not about the country. I still hold to those predictions but pray that the World War III one does not happen.

Today I have a new prediction about me. It is day two since my surgery and I’m feeling no pain this morning.  Now if I just followed the directions the doctor gave me for postop, I think I will have a good rehabilitation healing process. I have been known after surgeries to bounce back very quickly because I do not take sitting around doing nothing and being nonproductive. I also do not want to cause any more stress or any more craziness for my husband Cruz during the rehabilitation.

I also need to be able to continue looking for a job the only way I can do that is to work on my rehabilitation and continue to put in applications and get called for interviews I will go I have my sling and will deal with it when I go and interview. So, I hope everyone has a great day and that all of your own predictions especially the good ones come true.

This is what is in My Rattled Cage today!!!